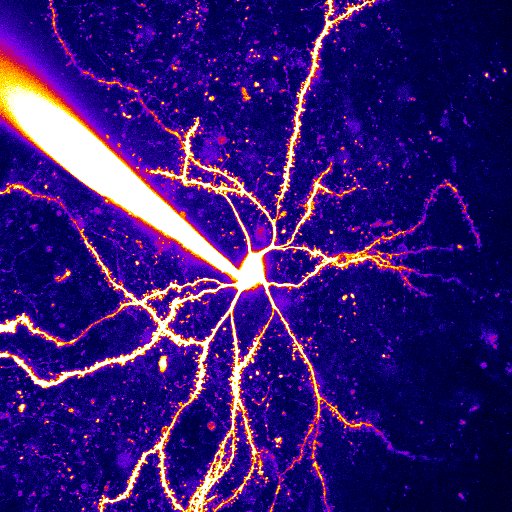 Learning new motor skills is a critical aspect of our lives. From playing the piano to riding a bike, it would be difficult to imagine life without it. But how does the brain do it? A new study published in the scientific journal Science Advances sheds light on a newly discovered brain circuit that may endow us with this remarkable ability.

How the cortex talks to the striatum

The cortex forms the outer layer of our brain, and is the ultimate multi-tasker, involved in everything from language and cognition to memory and voluntary actions. You’re using it now to read this sentence. But it doesn’t act alone, and makes extensive connections with many other brain regions.

“We were particularly interested in two major types of cells in the cortex, known as IT (intratelencephalic) and PT (pyramidal tract) neurons”, said Nicolas Morgenstern, the first author of this study which was developed in the group at the time led by Rui Costa, at Champalimaud Foundation, in Lisbon, Portugal. “Both IT and PT cells send signals from the cortex to another area buried deeper in the brain, called the striatum. These ‘cortico-striatal’ connections (i.e. connections from the cortex to the striatum) are very important for motor learning and have been implicated in movement disorders like Parkinson’s disease”.

This is where the third major character in our story appears: the spiny projection neurons (SPNs), which make up 95% of the neurons in the striatum. SPNs are directly contacted by both IT and PT cells. “We wanted to understand the different roles of IT and PT cells in this brain circuit, which is so important for motor learning and behaviour”.

Shining light on the brain to discover new paths

To better understand these corticostriatal connections, the authors made use of a technique present in (almost) every neuroscientist’s toolbox: optogenetics, a method for controlling the activity of cells using light. As Morgenstern explained, “We genetically engineered either IT or PT cells in mice, allowing us to activate these cell types independently using optogenetics, and to measure their different effects on SPNs in the striatum”.

Using this approach, while recording the activity of neurons in vitro, the authors uncovered a new corticostriatal pathway. In this pathway, a fourth principal player emerged: striatal cholinergic interneurons (ChIs). Acting as the “middle-man” in a three-person relay, ChIs in the striatum receive input from PT cells and, in turn, excite SPNs. “We found that PT cells preferentially connect to ChIs, which indirectly activated SPNs”, said Morgenstern.

Using pharmacological methods, the authors were able to show precisely how ChIs excite SPNs. When activated by PT neurons, ChIs release a neurotransmitter called acetylcholine (ACh). Neurotransmitters are chemical messengers that transmit signals from one cell to another. When ChIs release ACh, they cause the nerve fibres of cells nearby to excite SPNs.

These results demonstrate that SPNs are excited twice: first, through the known direct routes (IT→SPN and PT→SPN), and second, through this previously unknown indirect circuit (PT→ChI→SPN), which amplifies the initial excitation. What is the purpose of this double excitation? The authors speculate that the direct IT→SPN connection initially prepares specific motor actions, while the PT→ChI→SPN connection subsequently triggers movement.

As a result, in addition to making inroads into the wiring of brain circuits that control movements and behaviour, and helping us to understand the different roles of IT and PT cells, this study may also provide us with an important piece in the puzzle of how we learn.

“There’s still much to explore”, says the study’s senior author, Rui Costa, Professor and Director at the Zuckerman Mind Brain Behavior Institute, Columbia University. ”For example, we are interested in understanding whether this circuit is affected in disorders like Parkinson’s or Huntington’s Disease”. While there’s still lots to unravel then, thanks to this study, we’ve learnt a little bit more about learning.

Image: 2-photon image of a striatal neuron (SPN) and a recording pipette. By: Nicolas Morgenstern.