International consortium, including CF researchers, finds a way to increase the effectiveness of radiotherapy in brain metastases

A group of researchers, which includes two scientists from the Champalimaud Foundation - Noam Shemesh (PI) and Andrada Ianus (postdoctoral research fellow) from the Preclinical MRI Lab -, has found a new strategy that could be used in patients with brain metastasis to detect radioresistance. 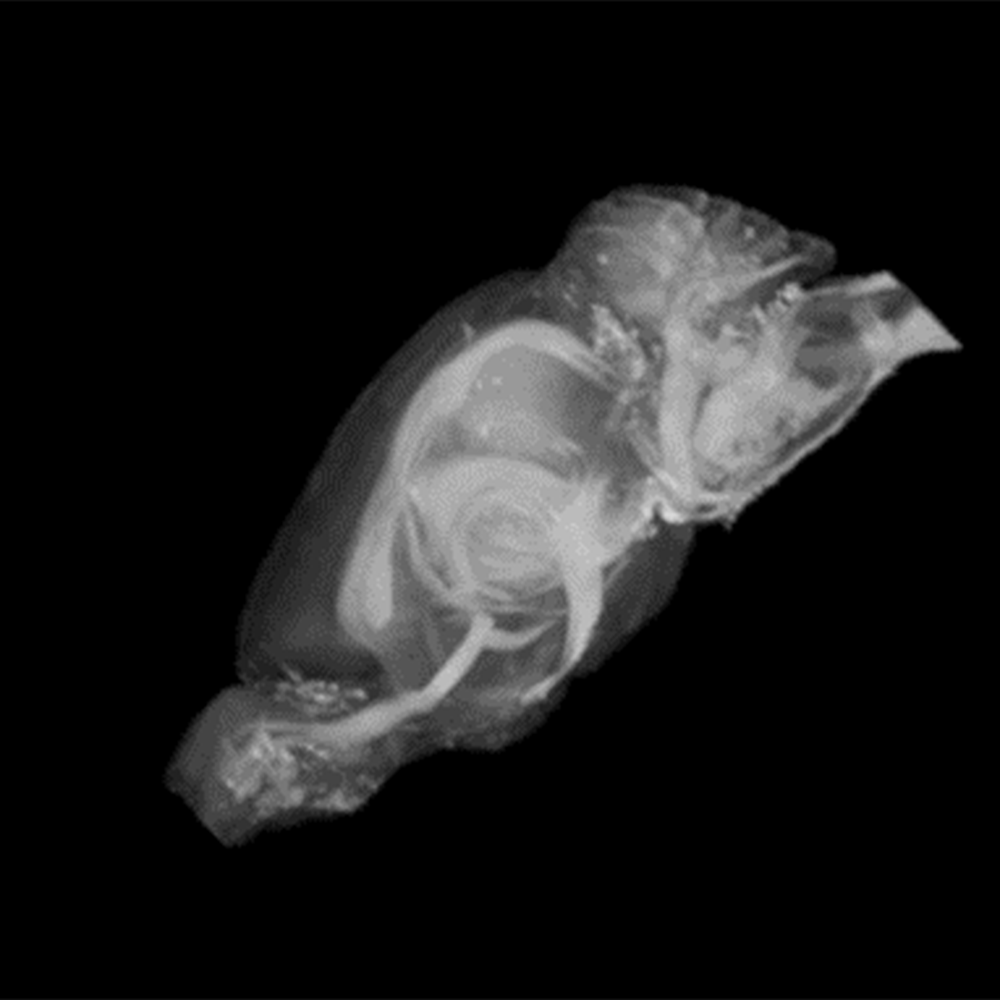 The team, headed by Manuel Valiente from CNIO, which counts with the contributions of scientists from other Research Centres, namely the Champalimaud Foundation, found that a simple blood test can help detect patients with resistance to brain radiotherapy and identified a drug that might reverse it. A multi-centre clinical study is now under way to validate the predictive potential of this biomarker through the National Brain Metastasis Network (Spanish acronym: RENACER).

The study is being published in Nature Medicine this week.

“We are really happy, because we practically achieved a threefold result: we are beginning to understand the molecular mechanisms underlying radiotherapy resistance; we can stratify patients so as to enable personalised therapies; and we found a drug that reverses radioresistance,” Valiente, said.

On the Champalimaud Foundation group's involvement in the study, Noam Shemesh, Principal Investigator of the Preclinical MRI Lab, says "Our role in this work was to verify that the introduction of the radiosensitizing agent does not alter the brain’s microstructure on its own accord. To achieve this, we harnessed ultrahigh field MRI that is capable of mapping brain-wide microstructure, and found that indeed, at least from this perspective, the introduction of the agent to the brain is safe".

Brain metastasis from lung and breast cancer and from melanoma

Between 20 and 40 per cent of solid tumours develop brain metastasis, mainly derived from the lung, the breast and the skin (melanoma). As many drugs cannot cross the blood-brain barrier, systemic treatments are quite ineffective. Radiotherapy is, thus, one of the most common treatment options for brain metastasis.
However, patients who undergo radiation, specifically whole-brain radiotherapy, rarely experience a significant impact on tumour progression while they are at high risk of side effects from the impact of the therapy on healthy tissue. According to the authors of the study, the inneficacy of radiotherapy on metastases indicates the “emergence of radiation resistance.”

Resistance to radiotherapy in brain metastasis has not been thoroughly studied yet. The Brain Metastasis Group at the CNIO, led by Manuel Valiente, carried out research using animal models and patient-derived 3D cell culture models that reproduce tumour tissue. In addition, data from large patient cohorts were analysed for lung cancer, breast cancer and melanoma metastasis to the brain.

The study identified a pathway involved in the emergence of radiotherapy resistance, specifically, increased levels of S100A9 protein associated with limited sensitivity to this therapy.

According to the authors of the study, “endogenous levels of S100A9 are associated with the response to whole-brain radiotherapy in lung and breast adenocarcinoma and melanoma brain metastasis.”

Another promising result is that an existing drug known to inhibit the receptor that binds to S100A9 reverses radioresistance. The drug has been previously tested in clinical trials for other disorders (Alzheimer’s disease), where it proved to be safe in patients and able to cross the blood-brain barrier and enter the brain.
With the help of the METPlatform tool, it was found that the drug could be used to transform radioresistant metastases from both mice and patient-derived organotypic cultures into sensitive ones.

In the article published in Nature Medicine, the authors of the study report “a comprehensive strategy that can be used to identify patients who might benefit from whole-brain radiotherapy as well as to design combined therapies to overcome radiation resistance.”

“Our findings could lead to a new approach to radiotherapy for cancer patients,” they added. The expression of the S100A9 protein in the blood would enable them to “identify patients who might benefit from radiotherapy, preventing the neurocognitive decline that follows radiation therapy in patients with high radioresistance. Besides, S100A9 receptor inhibitors could enable the use of lower radiation doses to kill cancer cells, thus minimising collateral normal brain tissue damage and enhancing the benefits for patients.”

The next steps taken, in the context of the clinical study that is being prepared, will allow “us to start mapping the response to radiotherapy in more specific ways, and the Champalimaud Foundation Research team will continue to be involved at the brain-wide characterisation levels using ultrahigh field MRI scanners and unique methodologies developed in-house.”, states Shemesh.

The work has been funded by the Spanish Ministry of Science and Innovation, the Portuguese Foundation for Science and Technology, Fundació La Marató de TV3, Fundación Ramón Areces, the Worldwide Cancer Research, the Cancer Research Institute, La Asociación Española contra el Cáncer, the European Research Council, the Boehringer-Ingelheim Fonds and “La Caixa” Foundation, among others.

The contribution of the Champalimaud Foundation's research group consisted in the application of ultra-high field magnetic resonance imaging techniques and methodologies for the observation of the brain microstructure, in mice.

Text adapted from the original Press Release issued by CNIO