Rethinking the link between cannabinoids and learning

Animals with altered cannabinoid signalling exhibit various motor and cognitive impairments, including deficits in learning and memory. A new study reveals an unexpected culprit for these effects – behavioural state. 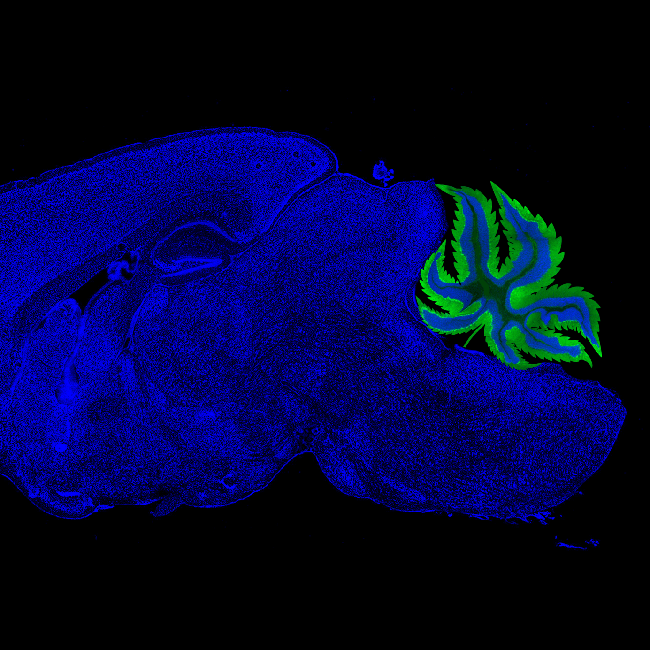 Cannabinoids have a strong influence on how our brains work and how we behave. Many people are only aware of the recreational aspect of cannabinoids. But in fact these molecules naturally exist in our brains where they participate in various intrinsic processes.

Altered cannabinoid signalling, for instance due to chronic use of marijuana, results in a range of impairments. Similarly, mice lacking cannabinoid receptors exhibit reduced activity levels, as well as deficits in learning and memory.

How do cannabinoids exact their effect on learning? A team led by Megan Carey, a principal investigator at the Champalimaud Centre for the Unknown in Portugal, and Catarina Albergaria, a postdoctoral researcher in the lab, decided to tap into this question by investigating the brain mechanisms involved in a classical learning task called eyeblink conditioning.

In eyeblink conditioning, subjects learn to associate the appearance of a sensory stimulus, for example a flash of light, with a subsequent delivery of an airpuff to the eye. Once learned, the subject – in this case a mouse – closes its eyes when the light appears to avoid the airpuff. “It’s just like Pavlov’s dog and the bell,” says Albergaria.

Previous studies had established that this form of learning takes place in a brain structure called the cerebellum, and that it was impaired by altered cannabinoid signaling in both humans and mice. To study the role of cannabinoids in learning, the team used mutant mice lacking cannabinoid receptors, which show impaired eyeblink conditioning.

Why are these mice impaired? When they started, the researchers had an immediate suspect in mind. “Many studies support the idea that cannabinoids mediate neural plasticity, or experience-dependent changes in the connections between neurons,” Carey explains. “We therefore first hypothesised that interfering with this process was what was driving the impairments in learning.”

But like a good mystery novel, the immediate suspect turned out to be the wrong one. What was the real culprit? “In a study we published two years ago, we found that the more mice ran, the better they learned”, Albergaria explains. The team began to suspect that the difference in learning might instead be due to the reduced activity levels of the mutant mice.

“We wondered whether the mutant mice weren’t learning as well simply because they weren’t active enough,” Albergaria recalls. Today (October 20th) in the journal eLife, the team reports that the altered behavioural state of the mutants fully accounts for their impaired eyeblink conditioning. When the researchers placed the mice on a motorised treadmill that ensured that the mutants walked as much as normal mice, the results were striking: learning was completely restored.

The team also found that other cerebellar behaviours, locomotor coordination and learning, were normal in the cannabinoid mutants. Further, eyeblink conditioning was fully intact in mice that lacked cannabinoid receptors specifically within the cerebellum. “These experiments further supported our hypothesis that disrupted cannabinoid signaling was impairing learning by altering behavioural state, and not through direct effects on neural plasticity in the cerebellum,” says Carey.

“There is a growing body of evidence that behavioural state profoundly influences brain function,” says Carey. “Our study highlights the need to consider behavioural state as a powerful independent means through which individual genes contribute to complex behaviours.”

“We were able to overcome a learning deficit associated with a genetic mutation with a purely behavioural intervention,” adds Albergaria, suggesting a potential real-world consequence for these findings.