Multiple myeloma, a cancer of the bone marrow, wreaks havoc in the patients’ immune defenses. But how do multiple myeloma cells achieve this? A team of scientists at the Champalimaud Foundation has started to unravel the mechanisms of immune disruption in a mouse model of multiple myeloma, bringing potential therapeutic developments. 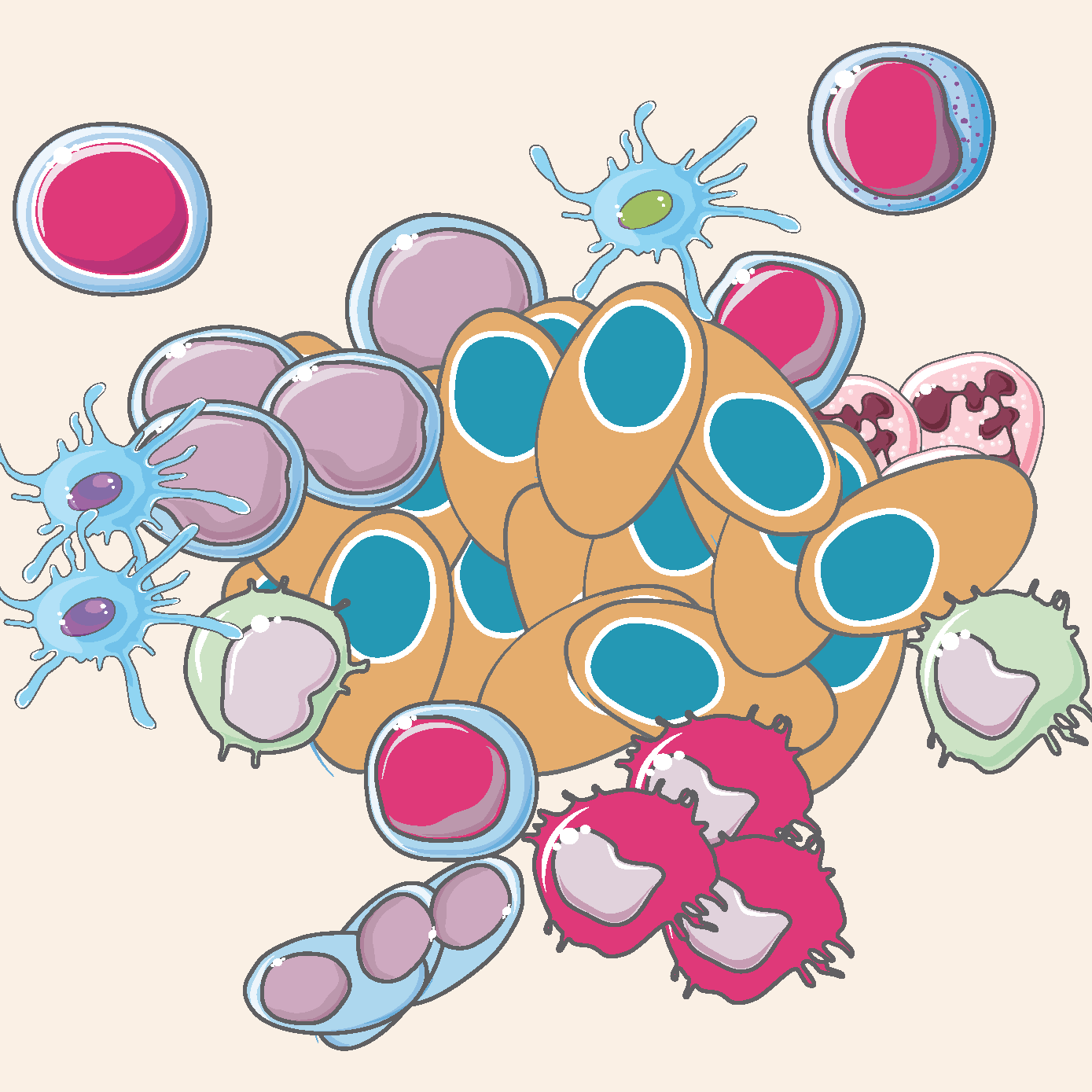 One of the hallmarks of multiple myeloma (MM), a cancer of the bone marrow and one of the most frequent haematological cancers worldwide, is the disruption of the patients’ immune system, which allows the cancer to progress. Now, a study performed by Cristina João, who leads the Myeloma and Lymphoma Research Group at the Champalimaud Centre for the Unknown, and her colleagues, shows how so-called extracellular vesicles (EV’s) released by multiple myeloma cells can drive the disruption of the immune system. Their results were published on July 7th, 2022, in the journal Frontiers of Immunology and could have important implications in therapeutic terms.

Extracellular vesicles are little “bags” that circulate in everybody’s blood. They are naturally released by almost every type of cell, are filled with proteins, genetic material, metabolites and even components of the machinery of the cell from which they came, and they are a form of communication between cells.

EV’s have gained increased importance due to their key role in both physiological and pathological processes, including cancer. For instance, EV’s were recently shown to be involved in metastatic processes of both solid and haematological malignancies, including MM.

The scientists set out to determine whether it was the EV’s from multiple myeloma cells that were driving the immune disruption. The answer to this question was a clear yes. “Our findings demonstrate that, indeed, MM-derived EV’s are able to reprogram the fate and behaviour of recipient immune cells”, says Cristina João.

To do this, they used a mouse model of MM. “We found significant changes between control mice and MM-bearing mice in the frequency and sub-type of several immune populations such as T cells and NK [natural killer] cells”, Cristina João points out.

And she adds:“We showed that MM-derived EV’s promote immunosuppression by modulating the phenotype – and so the function – of T cells and natural killer cells”. More specifically, MM-derived EV’s cause an increase in the expression on the surface of T cells of proteins such as PD-1 and CTLA-4, which are called “immune checkpoints” because they keep the immune system in check by preventing the T cells from killing cancer cells.

At the same time, MM-derived EV’s cause a decrease in another protein, CD27, which acts as a receptor on the T-cells’ surface to promote tumor necrosis. In short, this is a formula for the perfect storm: facilitating multiple myeloma escape from the immune system and its progression.

These findings could have important therapeutic implications. Knowing that EV’s released by MM cells are able to reprogram the fate and behaviour of immune recipient cells speaks in favour of the use of these EV’s as therapeutic targets in the treatment of MM.

“The knowledge of the immune cells’ alterations (specifically the changes occurred in each cell) pave the way for designing adequate and precise immunotherapies against multiple myeloma”, says Cristina João. Immunotherapies work by activating or suppressing the immune system.

More precisely, “the use of therapies to manipulate EV production by MM cells and the protein content of MM-derived EV’s should foster innovative clinical studies designs”, she further explains. “Also, the results of this study will allow us to design the next experiments for testing specific combinations of immunotherapies for MM. Those experiments are already under way.”