Mice study offers a new working hypothesis on how a small brain region in the hypothalamus may control female sexual behaviour. 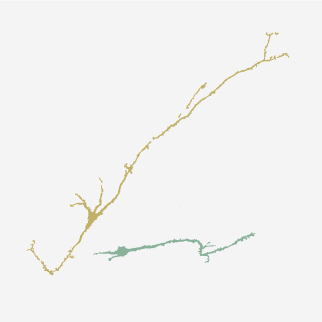 In many species, including humans and mice, the fluctuating levels of the hormones progesterone and estrogen determine whether the female is fertile or not. And in the case of mice, whether she’s sexually receptive or not.

The change in receptivity is striking. Female mice shift from accepting sexual partners to aggressively rejecting them across a cycle of six short days. How can the female reproductive hormones bring about such a radical behavioural change?

When searching for an explanation, the team of Susana Lima, a principal investigator at the Champalimaud Centre for the Unknown in Portugal, came across an intriguing discovery.

“Our experiments revealed that a brain area important for female receptivity, called the VMH (ventromedial hypothalamus), is actually made up of distinct compartments. And within each compartment, we found neurons whose activity – and even structure – fluctuate with the female reproductive cycle”, says Lima.

These findings, published in the journal eNeuro, uncover heterogeneity within the VMH that may serve to control the two extremes of female sexual behaviour – receptivity and rejection.

When one becomes three

The current study stems from previous results from the lab, which demonstrated that neurons in the VMH respond differently to the presence of males depending on the phase of the female’s reproductive cycle.

“The fact that the neurons’ activity was changing across the cycle led us to suspect that the neurons themselves were changing. So we set out to explore whether that was truly the case”, recalls Inês Dias, a PhD student in the lab.

The team probed neurons throughout the VMH, particularly focusing on the  front-to-back axis of this elongated structure. Their results revealed that this seemingly homogeneous brain area was actually made up of three separate compartments!

“In all three compartments, neurons expressing progesterone receptors exhibited profound changes across the reproductive cycle. But they were changing in entirely different ways depending on which compartment they belonged to”, explains Nicolás Gutiérrez Castellanos, a postdoctoral fellow in the lab.

The team noted several distinguishing features across compartments. For example, neurons in the front compartment became more excitable during the non-receptive phase of the cycle.

“We also witnessed extensive structural changes”, points out Liliana Ferreira, a research technician in the lab. “Neurons in the back compartment gained higher complexity in the receptive phase.”

Receptivity and rejection side by side?

According to the authors, this newly-found heterogeneity within the VMH provides evidence in favour of its involvement in various aspects of female socio-sexual behaviour. In fact, the team is already engaged in investigating this hypothesis further, with the support of a generous Consolidator Grant Lima had received a few years ago from the European Research Council.

Other scientific reports also support this hypothesis. For one, female sexual receptivity is mainly attributed to the back region of the VMH. On the other hand, the front area is important for self-defence in males. This type of behaviour, in the view of the team, shares similar features with rejection, specifically when the male comes too close to the female.

Also, it may seem counterintuitive that opposite behavioural functions would be controlled by the same structure, but there are known examples where this is the case. It happens in feeding, as well as in the flee or freeze response to a threat.

According to Lima, this study not only provides insight into the neural basis of female sexual behaviour, but it also highlights the importance of considering hormonal state in research.

“Our results further demonstrate that reproductive hormones have a major effect on brain activity and structure. Progesterone receptors exist in other brain regions. So many aspects of female behaviour could theoretically be affected by the reproductive cycle. The same goes for testosterone in males, which is known to influence male behaviour dramatically. It is therefore essential to take into account the potential effects of these reproductive hormones when conducting scientific research”, she concludes. 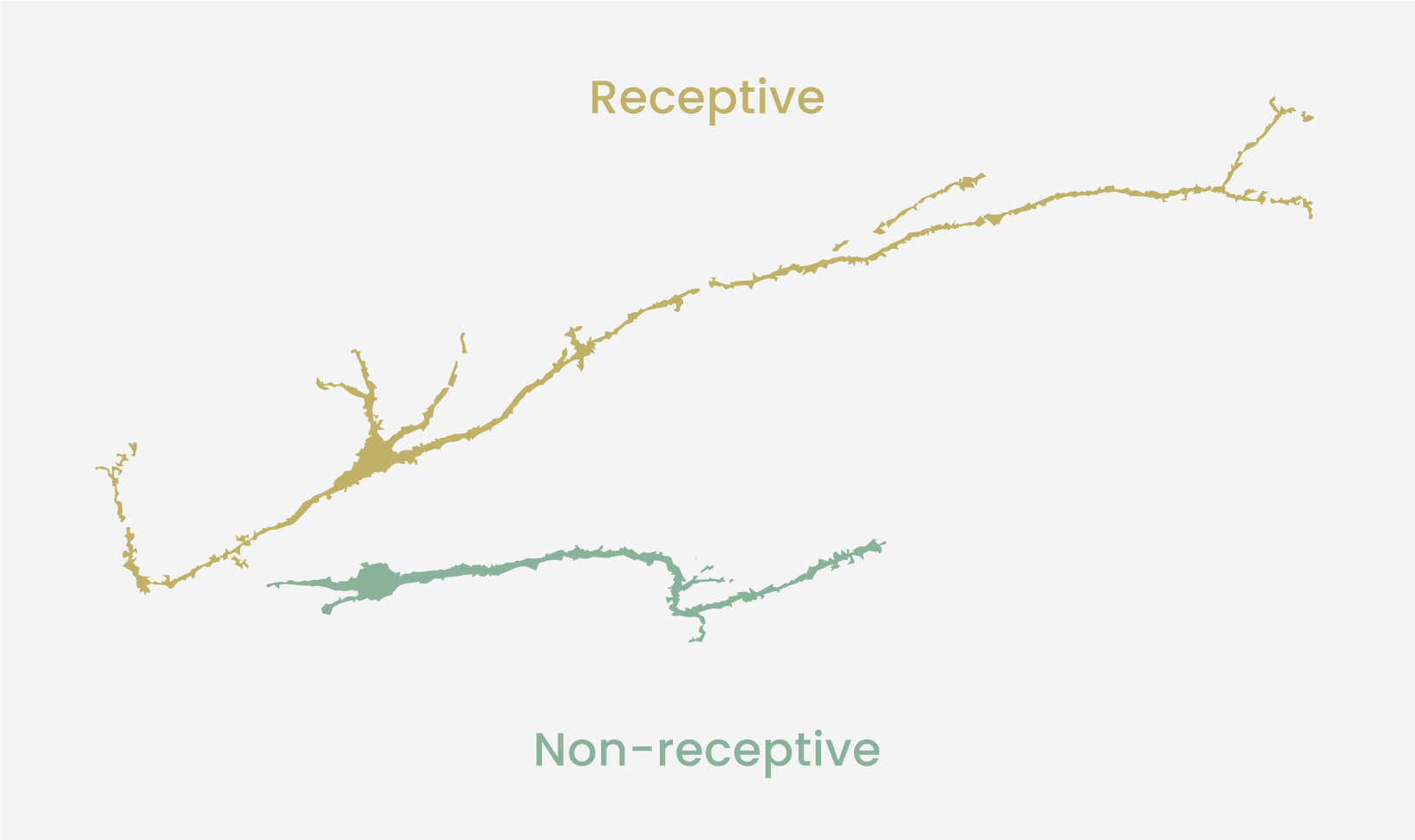 Certain neurons in the brains of female mice change their structure across the reproductive cycle, gaining higher complexity during the receptive phase. (Data: Neuroethology lab; Design: Diogo Matias)
Back