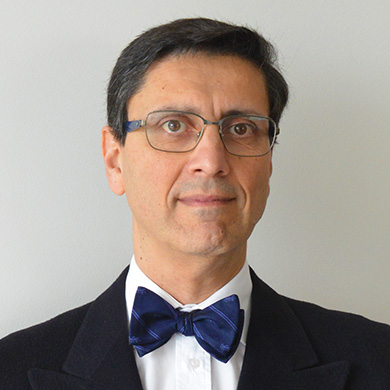 Mário Miguel Rosa has been a medical neurologist at the North Lisbon Hospital Centre (Centro Hospitalar Lisboa Norte) since 1998 as graduated Hospital Assistant and, since 2006, Head of Movement Disorders. He is a professor of Neurology and Clinical Pharmacology, also working closely with the specialties of Medical Ethics and Paediatrics at Lisbon University’s Medicine Faculty. He is also Coordinator of the “Ethics in Research” module of the Master’s and Doctoral programmes at this faculty and the Molecular Medicine Institute (Instituto de Medicina Molecular - IMM).  He is also a Visiting Professor at the Institute of Penal Law and Medical Sciences, Lisbon University Law Faculty.

Between 1990 and 2011, Professor Rosa was a Clinical Researcher (Pharmacoepidemiology) and National Coordinator of various clinical trials, ending this activity upon assuming his position with the European Medical Association (EMA) as a member of the Scientific Advice Working Party, Geriatric Expert Group and Central Nervous System Working Party. Professor Rosa has also been Senior Clinical Assessor of the Committees for Medication for Human Use (since 2003) and Risk Assessment in Pharmacovigilence (since its creation in 2012) at the EMA. Since 1995, he has been consulting and collaborating with INFARMED, I.P. in several departments, being a member of the Medication Evaluation Commission and the Technology in Health Evaluation Commission.

From 2009 to 2013, Professor Rosa was a member of the European branch of the Education Committee of the Movement Disorders Society, and Director of the Lisbon Pharmacovigilence Unit between 2011 and 2019. Since 2019, he has been a researcher at the Clinical Pharmacology Unit of the Molecular Medicine Institute (Instituto de Medicina Molecular - IMM).

Professor Rosa has been a member of the Ethics Committee for Health at several institutions (Centro Académico de Medicina de Lisboa: CHULN-FMUL-IMM) SINCE 2004; the Senior Neurology Campus, as President, since 2017; the Pharmacy Faculty of Lisbon University, since 2018, and reviewer of a variety of national and international scientific journals. Professor Rosa has authored over 10 chapters on Medical Security, Movement Disorders and Science Regulations. His work is reflected in more than 70 original published articles , as well as hundreds of communications in the field.