A pioneering project at the Champalimaud Foundation aims to find the optimal volatile organic compounds (VOC) combination for early lung cancer diagnosis by transforming the harvesting and analysis of so-called “respiratory biopsies” into a clinically adequate and reliable automatic process. 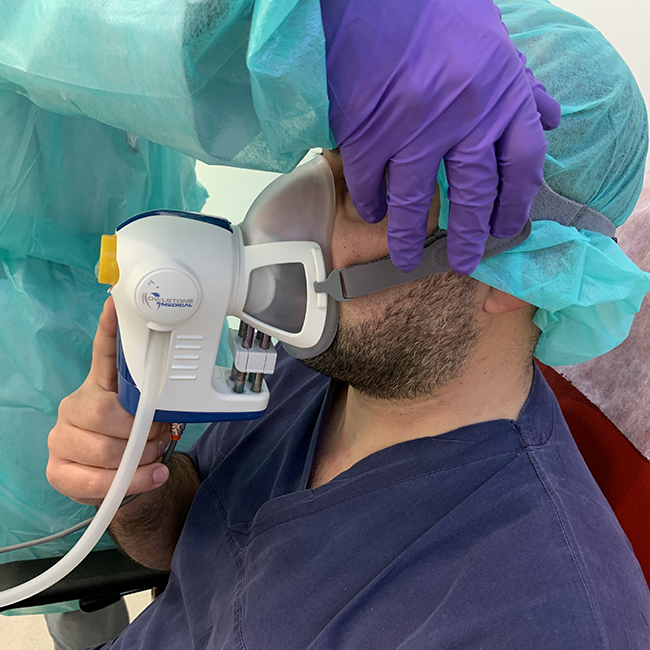 Studies have suggested for years that dogs are masters at detecting disease thanks to their exceptional sense of smell. Experts agree that their success most probably lies in their ability to sniff out so-called volatile organic compounds, or VOCs, in the air people exhale. In the last few years, more than 1,000 VOCs have been identified in human breath, and scientists are now seeking to determine which ones could be relevant cancer biomarkers. Now, a pioneering project at the Champalimaud Foundation, in Lisbon, aims not only to find the optimal VOC combination for early lung cancer diagnosis – an early breath lung cancer fingerprint, so to speak – but also to take cancer-sniffing animals out of the equation by transforming the harvesting and analysis of these “respiratory biopsies” into a clinically adequate and reliable automatic process.

In a small, windowless room near the back entrance of the Champalimaud Clinical Centre (CCC), in Lisbon, Portugal, I am about to participate in a pioneering study. Pedro Vaz, a chemistry-trained member of the Lung Unit at the CCC, applies a clear plastic mask to my face that will deliver clean air for me to breathe for a few minutes. Inside the facemask, a set of small metallic tubes will gather samples of the air I exhale as I breathe normally. These samples will later be analysed to create a profile of the main volatile organic compounds, or VOCs, coming out of my lungs, in order to obtain a “respiratory biopsy” of my exhaled breath.

“Just like blood samples, respiratory biopsies are simply another way to assess the condition of the human body – except that in this case, the sample is exhaled breath,” Pedro Vaz explains.

“Exhaled breath is much more than just air; it is a ‘bodily fluid’ containing a huge number of components. Originating from the lungs and airways, it namely contains volatile organic compounds (VOCs), which represent a precious source of biological information, but with the extreme advantage that its collection is absolutely non-invasive.”

During my short stay in the small room with the mask on, Pedro Vaz asks me several times if I feel comfortable breathing into the contraption. I do. In fact, shortness of breath is about the only discomfort certain people could experience during this completely non-invasive exam, and if necessary, Pedro Vaz would then immediately remove the mask from my face and simply interrupt the procedure.

Dozens of participants are doing this because they have voluntarily enrolled in a study, called VOX-PULMO, which Pedro Vaz is currently leading. Participation also entails an initial medical consultation (during which we signed an informed consent agreement), a COVID-19 PCR test (for general security reasons and also to guarantee there are no VOCs from the SARS-CoV-2 virus in the samples of exhaled breath, which would blur the signal), and a lung X-ray to detect any abnormality that could preclude our participation in the study. At the end of the test, we assure him it was very easy to do it, say our good-byes and exit the small room.

For decades, just as dogs have been trained to “sniff out” different substances, they have also been trained and experimentally tested to detect various diseases, including cancer, in people’s exhaled breath. Their exceptional olfaction is key to their success. As proof of the relevance of VOCs – and sniffer animals – just a few days ago the scientific journal Nature published an article under the title “Can dogs smell COVID? Here’s what the science says.” It may be that adequately trained dogs could be used as simple, cheap, rapid and non-invasive COVID-19 tests at airports and other sensitive venues, experts are predicting.

However, when the aim is to implement respiratory biopsies in oncologic hospital settings, animals should clearly be taken out of the equation. This is precisely the aim of the VOX-PULMO study, specifically designed in view of the early detection of lung cancer.

Pedro Vaz and his team are doing novel research. “Our effort is focused on a clinical point of view: looking at the overall profiles of exhaled breath to develop a screening tool for early cancer detection, particularly lung cancer. Although several other groups are working on this topic, these are still early days. But our team is already engaged in this path.”

Also, he points out, the fact is “that the other groups around the world are rather devoted to finding sets of VOC cancer biomarkers that will specifically tell you whether a person has cancer or not. So far, however, there has been no consensus and the research is still ongoing. We expect to address this later.” Human exhaled breath contains more than 1,000 VOCs, which strongly suggests that analysing individual profiles for these compounds should reveal “differences between lung cancer patients and healthy controls,” the team writes in its presentation of the VOX-PULMO study.

“We have designed our study to include two groups – healthy controls and patients – with 100 volunteers each,” says Pedro Vaz. “The analysis of the collected volatile metabolites is accomplished by Gas Chromatography and Mass Spectrometry (GC-MS) techniques, which will enable us to discover VOC biomarkers for lung cancer and to link the participants’ VOC metabolic profiles to their health state.”

The first results should be available in about six months. But the team has already obtained some promising indications. “We are currently finalising the control group branch and are just starting with the patient group,” specifies Pedro Vaz. “But we have already been able, within the control group, to differentiate asthmatic people quite clearly [from their VOC profile].”

The deadliest cancer in the world

To come up with a screening tool that allows lung cancer to be detected in its early stages is extremely important. At present, lung cancer is the deadliest cancer worldwide. According to official data, it also accounts, every year, for the highest number of new cases (2.1 million in 2018) across all ages of both sexes worldwide. “If no action is taken, it is estimated that numbers will keep growing at a steady pace for the next few years,” says Pedro Vaz. Its incidence is expected to have increased by 21.3% in 2025, which would translate into about 447,000 more cases worldwide in 2025 than in 2018.

Unfortunately, lung cancer is hard to detect in its early stages. “The rate for lung cancer detection at stage I is as low as 25%, which correlates with the high number of deaths in patients with lung cancer: most cases are detected at later stages, with much lower survival rates,” explains Pedro Vaz. But “the chances of cure could reach 70%,” he adds, if it became possible to diagnose lung cancer at stage I of the disease.

“Therefore, developing a screening tool and establishing a programme that allows people to easily get tested by a non-invasive procedure using exhaled breath will without any doubt have a massive impact on the future of cancer detection, treatment and subsequently increased survival rates,” he points out.

One of the first studies the team is planning once the VOX-PULMO study is finished is to accompany the control volunteers for a given number of years (five to ten) to check if any of them develops an oncologic lung disease. They could then perform a new respiratory biopsy on those patients to determine whether they can detect VOC cancer biomarkers in the new exhaled breath samples. “If we do,” says Pedro Vaz, “we expect to be at the forefront of screening efforts and to be able to detect it as early as possible so that treatment can be prompt and survival maximised.”

This approach could also be applied, in the future, to other types of cancers. “There is evidence that analysis of exhaled breath can potentially be used to screen for other types of cancer as well, including breast, gynaecologic, pancreatic, gastric and colon cancer,” says Pedro Vaz”. This is due to the fact that not all VOCs stem from the lungs themselves; they can also originate as volatile metabolites in other parts of the body before being transferred to the lungs through the blood.

“We have already decided that once the present study dedicated to lung cancer has been validated, we will turn our efforts to one of these other cancers,” vows Pedro Vaz.

Placing and adjusting the exhaled air collection equipment before a respiratory biopsy. 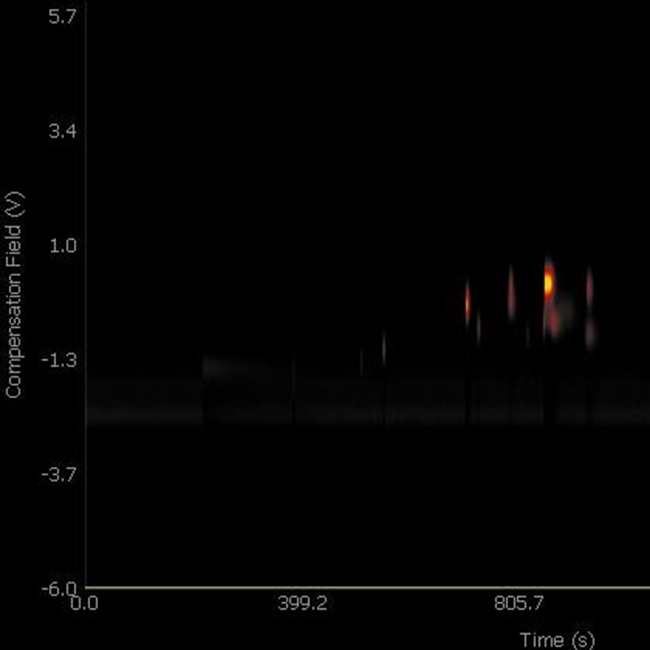