A look into lesser known symptoms and treatments

More than 200 years since Dr. James Parkinson’s seminal paper on the “shaking palsy” in 1817, the debilitating disease named after him remains shrouded in mystery. As the world’s fastest growing neurological disorder, the lifetime risk of Parkinson’s disease is now 1 in 15. For World Parkinson’s Day, we look at the possible causes of the disease, lesser known symptoms and treatments, and the work being done at the Champalimaud Foundation to combat it. 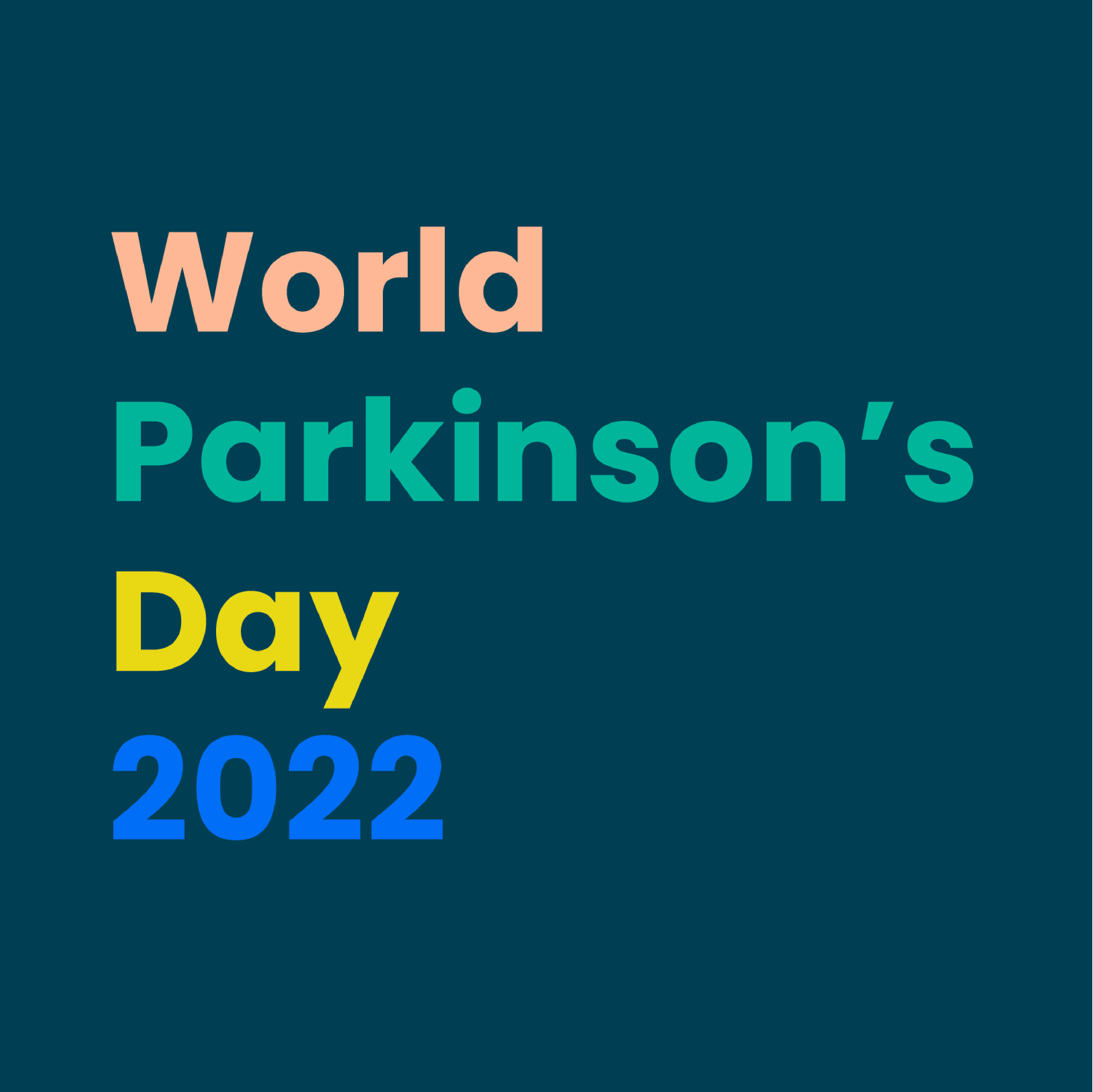 Among neurological disorders, which are now the world’s leading cause of disability, Parkinson’s disease (PD) is the fastest growing. With over 6 million individuals affected worldwide, that number is expected to reach over 12 million by 2040.

What could be driving this growth? While most diseases decrease with increasing socioeconomic level, PD does the opposite. Increasing industrialisation and longevity may be contributing to what has become known as the “Parkinson’s pandemic”. In recent decades, countries like China, which have experienced the most rapid industrial development, have also experienced the greatest rise in PD prevalence.

What is the link between industrialisation and Parkinson’s? Environmental pollution with toxins, such as pesticides and chemicals, have been cited as possible factors. For example, despite being banned by over 30 countries, the use of the pesticide paraquat, which has been linked to PD, continues to grow in countries such as the US. Meanwhile, other countries that have banned it, such as England, continue to export it. Similarly, the neurotoxic chemical trichloroethylene, also linked to PD, is seeing increased usage worldwide, even though reports of its toxicity go as far back as 1932.

Other possible causes have been put forward. Several studies, including a retrospective analysis of former football professionals, have found that traumatic head injuries may be a risk factor for developing PD.

While single genetic causes may account for only 3-5% of PD patients – particularly in young adults with early-onset PD – genetic vulnerabilities may contribute to as much as 16-36% of the PD risk, with interaction between genetic and environmental risk factors leading to the full-blown disease.

But how do these causes, whether environmental and/or genetic, bring about PD? The disorder is classically seen as resulting from the death of nerve cells in a part of the brain called the substantia nigra. These cells produce a chemical messenger called dopamine, and their loss leads to a dopamine deficit, resulting in the well-known motor symptoms of tremor, rigidity, and bradykinesia (slowness of movement). But, importantly, the disease affects other brain circuits and functions too.

PD is typically thought of as a movement disorder, yet even in 1817, James Parkinson himself had noted depression as a common symptom, and up to 50% of PD patients experience depression during the course of their illness.

In fact, while diagnosis of PD continues to rely on classical motor symptoms such as tremor (which up to 20% of PD patients do not have) and bradykinesia (which is always present), there is a high number of psychiatric symptoms associated with the disease, so much so, that PD may be more correctly defined as a neuropsychiatric disorder.

Non-motor features of PD are not only manifold, but often precede motor symptoms by many years, and can be useful for early diagnosis and treatment of the condition. From disturbed sleep and loss of sense of smell to urinary dysfunction and constipation, the list of non-motor symptoms in PD is a long one.

Researchers have found that the average patient suffers from more than six of these symptoms, and that their effect on quality of life is even greater than that of motor ones.

For instance, psychosis, anxiety and apathy, as well as impulse control disorders, such as compulsive gambling, and failure to control sexual or eating urges, are common and often disabling psychiatric complications of PD, exacting a toll not just on those with the disease, but those around them.

Another example is rapid eye movement (REM) sleep behaviour disorder (RBD), with individuals acting out dreams during REM sleep that can result in injury. RBD is by far the strongest clinical predictor of PD, and can appear years before PD onset.

As PD advances, the likelihood of developing syndromes, such as cognitive impairment or dementia, increases, and there is mounting evidence that non-motor symptoms may arise not only from PD pathology, but from complications associated with the PD treatment itself.

It is remarkable to note that the most effective therapy for PD, a dopamine precursor called levodopa, taken orally, is now more than fifty years old. However, in the last two decades advanced non-oral treatments, once reserved as a measure of last resort, have gone mainstream, greatly expanding therapeutic options for PD patients.

Of these, three device-aided treatments in particular have emerged, and patients are recommended to familiarise themselves with these therapies early in the disease course to be better prepared if standard treatment becomes insufficient. The common aim of these three therapies is to reach a more continuous form of stimulation than is possible with oral treatments.

One such method, known as deep brain stimulation (DBS), is a procedure in which surgeons implant electrodes deep in the brain, to stimulate cells in target areas, and a device under the skin in the upper chest, to control the amount of stimulation delivered by the electrodes.

However, since disease advancement in PD progressively involves non-dopaminergic brain areas, optimising dopaminergic stimulation may not adequately address the gamut of PD symptoms. Given also the side-effects associated with pharmacotherapy, a growing repertoire of non-pharmacological interventions has arisen, ranging from behavioural therapies and psychiatric support to physical rehabilitation and lifestyle changes.

For example, various physiotherapy strategies have been found to be beneficial, exploiting motor programmes still untouched by the disease, such as the ability of PD patients to effortlessly ride a bicycle. Several studies have reported that maintaining high regular physical activity levels and exercise habits over long periods of time can significantly slow the course of the disease.

While a multidisciplinary approach to PD may help to improve clinical outcomes, none of the treatments mentioned so far have been shown to address the underlying neurodegenerative process of PD, acting on the symptoms, rather than the cause. However, as we shall see in the next section, several promising therapies with disease-modifying potential are in the works.

At the Neuropsychiatry Unit of the Champalimaud Clinical Centre (CCC), neurologists, psychiatrists and psychologists are specifically trained to care for people living with PD. The CCC team offers some of the advanced therapies that we have already mentioned, such as CAI, as well as others, such as botulinum toxin and transcranial magnetic stimulation (TMS), providing new avenues to approach hard-to-treat symptoms.

The team also conducts active research and development. For example, they are currently developing an automated movement measurement system that combines motion sensors with artificial intelligence, with the aim of improving the diagnosis and evaluation of PD, while simultaneously discovering movement parameters related to the disease.

In another project, the team is trying to understand the paradoxical observation that some PD patients move better in response to a stimulus than when they self-initiate movement. Eventually, this study may help to understand in detail what is happening in the brains of patients like John Roche.

At the same time, the team is applying motion sensors not just to humans, but also to mouse models of PD. This type of pre-clinical research is helping to reveal links between behaviour and brain degeneration with a level of precision unachievable in clinical populations.

Besides the highly effective current treatments for motor and non-motor symptoms of PD, multiple approaches are underway to tackle the molecular culprits of the disease. For instance, people with PD may have abnormal aggregations of a protein called α-synuclein in their brain cells; dissolving or preventing these α-synuclein deposits may prove to be an effective treatment. Indeed, there are many current clinical trials targeting different α-synuclein structures, which have great potential to block disease progression.

Since some forms of PD are associated with certain genetic mutations or variants, there are ongoing trials designed especially for patients with mutations, for example, in the Glucocerebrosidase or LRRK2 genes.

Together, these various preventative and curative treatments under development hold promise for improving the lives of patients, and for ultimately providing them with a cure.

Links with handouts for patients regarding multiple topics (available in multiple languages):

The piece was prepared with the support of the Neuropsychiatry Unit at the Champalimaud Clinical Centre and the Neural Circuits Dysfunction Lab.