Obesity: sensitivity to sweet taste predicts the amount of weight loss that will be induced by stomach surgery to treat obesity

It’s a first: scientists in Portugal have discovered that measurements of food reward may be useful to identify, beforehand, which patients with obesity will achieve greater weight loss from surgery to treat obesity (a.k.a bariatric surgery). This is an important step not only towards a more personalised evaluation of the potential efficacy of the procedure but also towards understanding the biological mechanisms that underlie the effects of surgery and lead to weight loss. 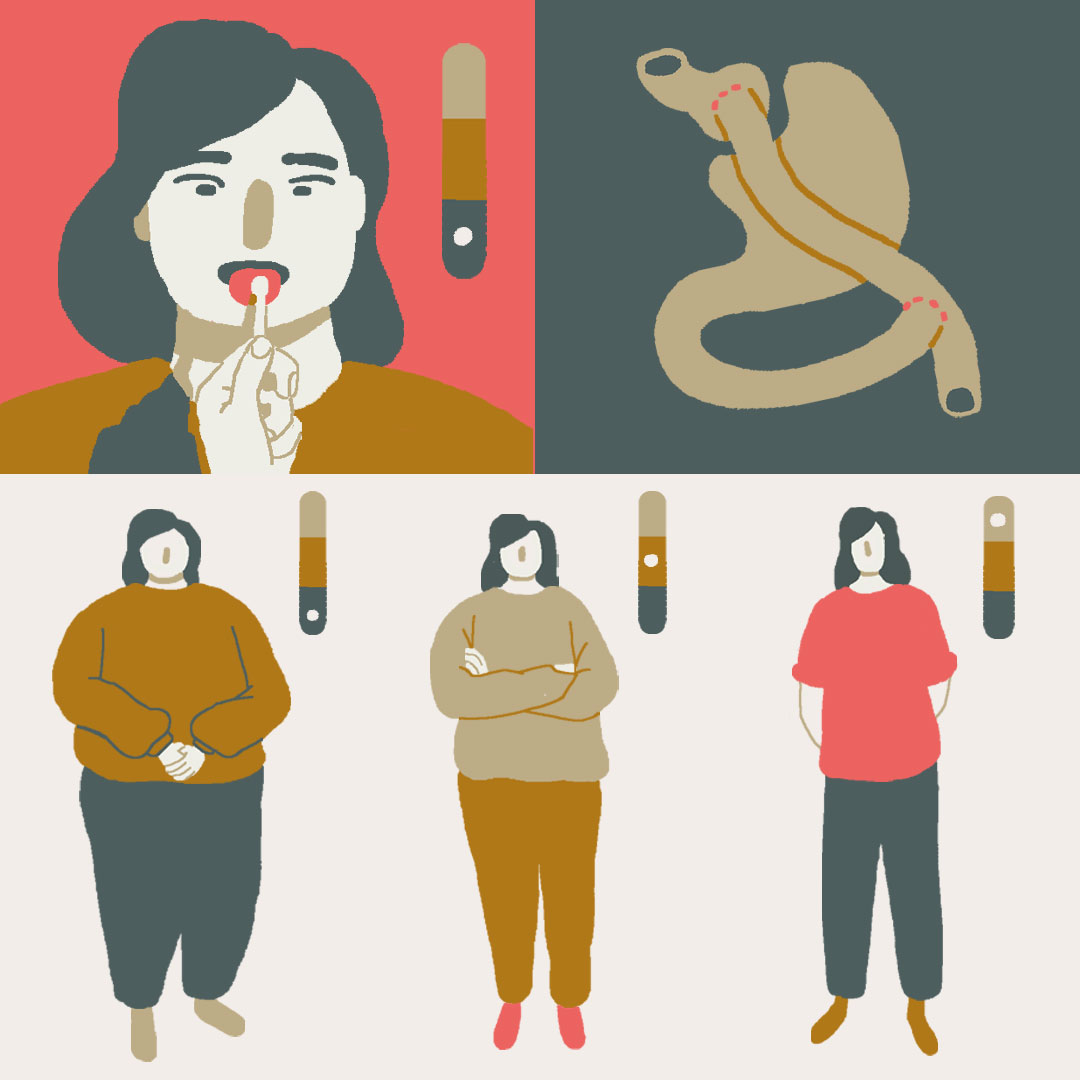 A study led by scientists from the Champalimaud Centre for the Unknown, in Lisbon, concludes that bariatric surgery – that is, procedures used to treat severe obesity by reconfiguring the gastrointestinal tract –, leads to greater weight loss in patients who, before the surgery, had a heightened perception of sweetness.

Although bariatric surgery is the most effective treatment for severe obesity, the outcome of the procedure in terms of weight loss varies significantly from patient to patient. Thus, understanding why some patients benefit more than others from bariatric surgery may be paramount to estimate what to expect from the surgery for a given patient – and ultimately, to decide whether to perform it at all on that patient.

A combination of factors may be at play in inducing post-surgical weight loss. It is certain that surgery induces a decrease in food consumption, but the biological mechanisms underlying this behavioural change remain unclear. For example, the surgery might lead to changes in the purely sensory reward experience derived from tasting calorie-rich and sweet food. On the other hand, it might also be the result of changes at the psychological level, where the reward derived from eating this type of food is linked to the activation of reward centres in the brain itself. This susceptibility to food stimuli present in the environment has been called “hedonic hunger”.

“According to our hypothesis”, the authors write in their paper, which has just been published in the American Journal of Clinical Nutrition “the primary independent variables [that were tested] were the mean intensity and pleasantness ratings [of sweetness] as well as the scores for hedonic hunger and addiction-like feeding behaviour”. And what they asked in the new study was whether it is possible to predict the magnitude of post-surgery weight loss by performing, before the surgery, both sensory and psychological measures of food reward. “The main objective of the study was to understand if these pre-surgical measurements predicted the amount of weight lost approximately one year after surgery”, says lead co-author Albino Oliveira-Maia, head of the Neuropsychiatry Unit at the Champalimaud Centre for the Unknown.

“In a large group of patients with obesity, recruited across several Portuguese hospitals (namely, the Espírito Santo Hospital in Évora, the São Bernardo Hospital in Setúbal, and the São João University Hospital in Porto), measures of food reward were collected prior to weight-loss surgery, adds Oliveira-Maia. “These measures were both psychological and sensory, and the measurements were also repeated after the surgery.”

“The measurements of food reward were performed both through questionnaires and sensory ratings of taste, including the intensity and the pleasantness of sucrose experienced by the patients, who were then followed-up for more than one year after surgery”, Gabriela Ribeiro, first author of the study, further specifies. “For control, we assessed, in parallel, patients that were still on the surgery waiting list, and thus received non-surgical treatment.”

The data was collected from November 2012 to June 2017. In the control group, 50 patients completed a single follow-up visit two to 18 months after the initial visit, while in the surgical group 96 patients were assessed at early (3 to 6 months) and/or late (11 to 18 months) follow-ups after surgery.

The scientists found that both sweet intensity and hedonic hunger (susceptibility to food stimuli) predicted the amount of weight lost approximately one year after surgery. “Since our main hypothesis was that variability in reward-related feeding behaviour would predict weight loss after surgery, our results corroborated our hypothesis”, says Ribeiro.

But three surprises were lurking in these novel results. First, the associations between each type of measurement and the amount of weight loss happened in opposite directions. In other words, for patients with higher levels of hedonic hunger, the surgery was less effective; and for patients with higher levels of sensory sensitivity to food reward, the surgery was more effective. “It was surprising to find that two different measures of food reward – in this case, of hedonic hunger and taste perception of sweetness – would predict bariatric surgery outcomes in opposite ways”, Ribeiro points out.

Second, although both hedonic hunger and sweet taste perception predicted weight loss, only changes in sweet taste intensity perception were associated with the magnitude of weight loss, but not the pleasantness of the sweet taste (which the scientists also measured, as already mentioned). “This is also novel and surprising”, says Ribeiro. Finally, while changes in hedonic hunger after surgery were not associated with the amount of weight lost, the patients who experienced most weight loss after surgery were also those for whom greater reductions in sweet intensity perception were identified.

According to the authors of the study, the finding that heightened sweet intensity perception is a predictor of higher weight loss following bariatric surgery, together with the discovery that decreases in this sensory domain were also associated with higher weight loss, “suggest that sweet intensity perception may reflect biological mechanisms through which bariatric surgery is effective”.

“A better understanding of these mechanisms could have implications in terms of bariatric outcomes improvement – for instance, through a personalised selection of patients –, as well as for the development of novel therapeutic options for patients with obesity, aiming to target those mechanisms”, concludes Ribeiro.