The holiday season isn’t the only reason to celebrate this month. As we recently marked our 10th anniversary of promoting scientific culture, Catarina Ramos, Head of Communications, Events & Outreach (CEO) at the Champalimaud Foundation (CF), looks back at the last decade of CF’s science education and outreach activities, and invites a few of the (many!!) people who made them happen to share their memories. The list of activities is long and diverse and this piece is not intended to be an exhaustive description of all, but rather a recognition of what was created by the CF community and the impact that this work has had. 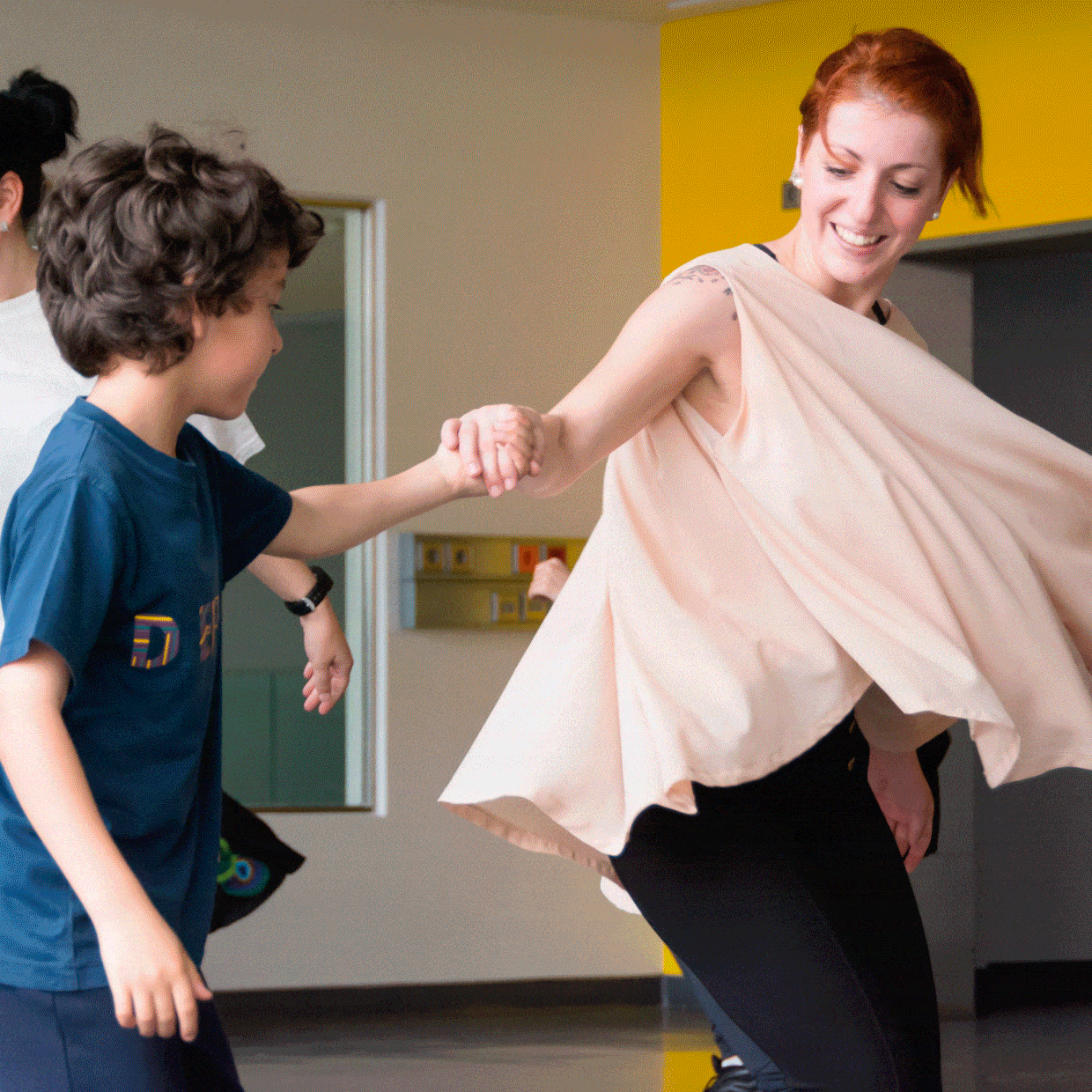 To directly jump to the memories and testimonials - click here.

To get some historical (and personal) perspective, keep reading.

“It’s been quite an adventure”, says Catarina. “In 2011, I was a postdoc in a lab associated with the CF and during the annual retreat, Zach Mainen, the then Director of Champalimaud Research triggered a discussion around the idea of establishing a platform  for communication of science to society at large. Later that year, Anna Hobbiss, a PhD Student at the time, sent an email round asking if anyone was interested in sharing the science being done at the CF with the public. This was how it all started for me. I was actually doing a Master’s in Science Communication so replied straight away. A group of us got together, students and researchers, and started brainstorming. It was a blank canvas”.

From “looooong, intense, but very rewarding discussions”, the first Ar Event was born, ‘Engineering the Mind’, which happened just one year after the CF’s inauguration. “Ar Events open the doors of our Auditorium to the public to explore science and ideas through talks, interactive experiences, debates (you name it!), with speakers from the CF and across the world”. There have been almost 50 Ar events so far, which collectively have attracted over 20,000 people.

“Some of us were also keen to find ways to promote science to a younger crowd. In 2012, together with a group of PhD students, Maria Inês Vicente, Pedro Ferreira, Ana Pereira, Rodrigo Abril Abreu and Mafalda Vicente (hope I’m not forgetting anyone!),  we started the first official science education programme for kids at CF called Sciencecalifragilistic, co-funded by Ciência Viva. With this programme, we wanted to not only share the excitement of doing science, but also to show how science is done”.

The programme ran for a couple of years, and each edition involved 40 hours of training. “The kids developed their own research question, collected data, repeated experiments, and gave a presentation at the end. Communication usually highlights scientific results, the output, not how you get there. This was an opportunity for them to give the scientific method a test drive. Some kids realised it was not for them, while for others, a seed was sown”.

“For example, this year one of the volunteers at our annual Champalimaud Research Symposium, Mariana Morais, came up to me and said ‘I don’t think you remember me, but I was a Sciencecalifragilistic student here 10 years ago. That experience sparked my interest in neuroscience, and now I’m training to become a neurosurgeon. She’s even thinking of doing a PhD after her specialty training! We have quite a few stories like that”.

In 2013, Catarina left the bench to start the science communication office at CF with science writer Liad Hollender. “One of the first things we did in terms of outreach was to organise school visits, which had been happening on an ad hoc basis. We opened up applications to schools across the country, giving them the chance to see science up close in the lab and speak with actual scientists”. With the help of CF’s Institutional and Public Relations Coordinator Maria João Villas-Boas, and many colleagues, CF has received more than 10,000 students to date, with a huge number of schools on the waiting list. “Sometimes, I ask myself  if we were to  host a school visit every day, would that be enough to eventually ‘clean this list’?”.

“We frequently collaborate with outside organisations, too”, says Catarina. For Neuronautas, a neuroscience academy for high schoolers, co-funded by the Calouste Gulbenkian Foundation, CF teamed up with London-based NeuroGEARS, run by Gonçalo Lopes. “Gonçalo did his PhD at CF, and now two other PhD graduates from CF have joined him, Danbee Kim and Bruno Cruz. Things came full circle this year when, working together with researcher João Frazão and a group of CF postdocs and students, alumni Danbee, Bruno, Nuno Loureiro and Gil Costa, taught neuroscience in the same room where they once learned it”.

The first edition of Neuronautas was held in 2019, with the aim of democratising science using open-source software and low-cost tools, which kids can use to do experiments in the field or at home. “In 2020, we had to cancel the programme due to the pandemic, but returned with an online edition in 2021, followed by a hybrid edition this year, which included students from as far away as Porto, Spain and the Azores”.

While the pandemic was a challenging time for the CEO team, it also provided opportunities. “For example, our online Ar Event on psychedelics for mental health reached over 1,200 viewers (and over 2,300 watched the video), more than double the audience size we usually get for in-person events. We also spearheaded and implemented, in collaboration with our COLife partners and Ciência Viva, the digital campaign ‘Conversations with Scientists’, which began with an idea from Principal Investigator Marta Moita to raise awareness of the importance and safety of COVID-19 vaccines”. With the support of 120 scientists from 20 national institutions, the campaign conducted almost 400 online sessions, reaching over 16,000 members of the public in Portugal and beyond.

Importantly, a big part of CF’s science communication efforts target youngsters from underserved communities. “Many kids think science is not for them because they’re not good at maths, or because their parents don’t have a college degree, or simply because they’ve never even considered it as an option. We want to change that”.

“Last month we launched the second edition of ‘Ciência di Noz Manera”, a programme that started with Project Manager Laura Ward, Deputy Manager Director João Cruz and Principal Investigator Adriana Sánchez-Danés, with the contribution of many students, researchers and clinicians, in which our team provide long-term mentorship to teenagers from underprivileged neighbourhoods. The goal is to help them decide on the best career options. I remember one student who wanted to become a nurse. She opened a book for nurses and said, ‘This is too hard. I’m not good enough’. Programmes like these build up their confidence and offer them the opportunity to think differently about their futures”.

This project has now become part of RAISE - Researchers in Action for Inclusion in Science and Education, a new consortium made up of CF, iMM and the NGO Native Scientists that won an MSCA and Citizens grant. “With RAISE, we want to reach members of society who feel left out of science”.

RAISE recently produced its first edition of European Researchers’ Night, hosted by the CF. Over 1200 people attended, including several hundred kids from underserved schools, who travelled free of charge thanks to funding received from the European Commission. “There were 60 different activities to explore, from workshops to live music, dance and hands-on science stations. We even had stand-up science comedy aboard a catamaran!”.

"So much happened on that day but two memories in particular stick out: how good it felt to see our community coming together, transforming plans and Excel files into something real and exciting, in such a generous way, and then also finding out that some of these kids were seeing the Tagus river for the very first time! There are so many dimensions to these outreach activities".

“None of these activities would have been possible without the initiative and dedication of many people at the CF, united by the goal of communicating and bringing science closer to society. These programmes and events not only bridge the gap with society, but also bring our community together, and are an integral part of the culture. I must confess I’m always a bit worried about how people might look at me when I cruise the open labs looking for new ‘partners in crime’ or how the community reads my ‘call-to-action emails’, I wonder if they will roll their eyes and think ‘here she comes again to ask us to do something’ but I must say that I’ve been super lucky and will continue to listen to everyone’s ideas as I really enjoy transforming them into reality. Hopefully we can continue this adventure together. Obrigada”.